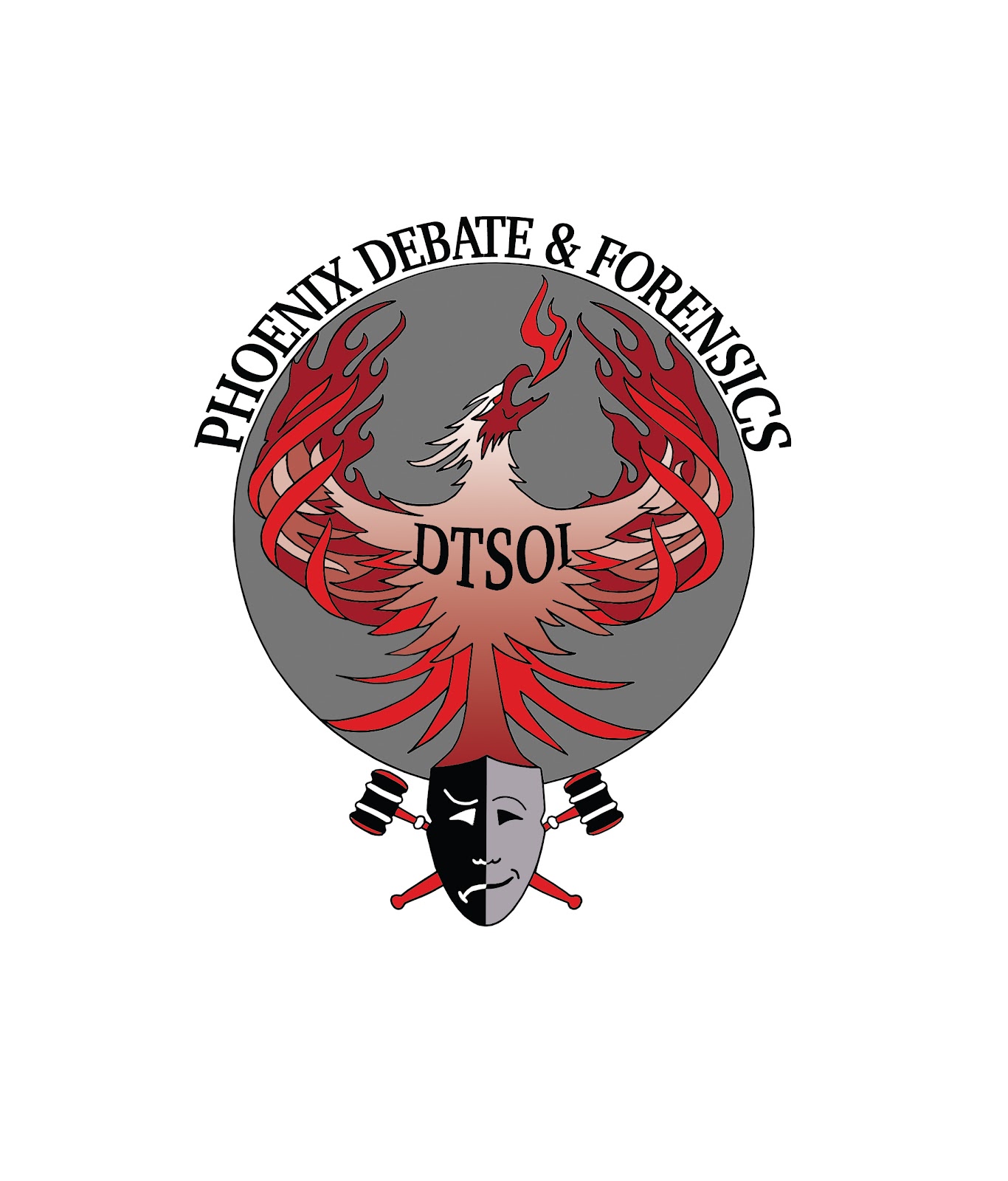 We are excited to extend to you and your students an invitation to the Phoenix Fire Open to be held on October 21th and 22nd at the Don Tyson School of Innovation in Springdale, AR

Please note in the invite that the Don Tyson School of Innovation is a open source school, meaning we have mainly large zones, not classrooms. Due to this, we will have alternating rounds of Debate and Forensics to allow for the entire tournament to be doing one type of event at a time to reduce noise and confusion as best we can.

All debate students will compete in two preliminary rounds on Friday, plus an additional debate round Saturday morning before breaks post in the early afternoon.  IE breaks for Semifinals will be posted late Friday night with Semifinals and Finals happening Saturday before Noon. All break rounds will reflect competitor's records and the number of entries within each division. As of now we plan to break IPDA, LD, PF, and BQ to Semis after three rounds of preliminary debate and World Schools on Saturday will rank out after three rounds with awards going to the teams with the best record. Please note that the World Schools rounds are on Saturday only so debate competitors can enter in both two day debate events and World Schools debate if they wish, but know if some debates in round 3 go long, World Schools teams may need to adjust for available competitors to run in the first round.  PF Mavericks will be allowed to be run at the Phoenix Fire. Due to being an Open format, we will be using all Varsity topics at this tournament.

There are many hotels in the Springdale area, but DTSOI Debate would recommend you locate one of the centrally located hotels on Sunset Ave. to be close to food options as well. Lakeside Jr. High is on the outskirts of town and is not near many restaurants and/or hotels, so be sure to calculate travel times to get to rounds both days.

Our team and parent booster clubs are working diligently to provide a quality tournament. Our coaches'/judges' hospitality room and concession stand. Vegan and vegetarian options will be limited.

Looking forward to seeing you in October!