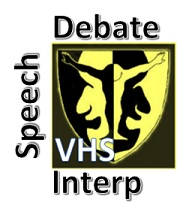 2020 Results for the Wildcat at Winnersville Speech and Debate Invitational

Thank you to our tabroom staff of Richard Bracknell, Robert Walker, and Brianna Crockett.

Thank you and good luck to all of the competitors!

The Valdosta High School Speech and Debate Team hope to see you at our first Virtual tournament for High School and Middle School Students.  This year’s meet is Friday and Saturday, October 23-24, 2020 using NSDA Campus.

A variety of events will be offered:

Debate: Policy, Lincoln Douglas, and Public Forum debates on both the Novice and Varsity level (please be aware that if entries warrant, the divisions may be collapsed within each type of debate).  Four preliminary round and one break round for each debate division is planned. LD and PF will use the September/October topics from the NSDA.  Policy novices will follow the GFCA’s Novice Packet.

Individual events will be offered live for Extemp, Impromptu,  and MS-Impromptu and pre-recorded for all other speech  events. We are offering a new event this year - FL-Social Justice/ Equity OO.

Students can double enter into one live event and unlimited asynchronous events.

Judge obligations are as follows:

Extemp and Impromptu  - 1 judge for every 4 entries

IEs/BQD/MS - 1 judge for every 4 entries

This tournament will follow GFCA guidelines and best practices for all high school events.  It will also follow the GFCA recommendations for Middle School participants.